One of the big changes under the new code and candidly not spoken about in the press as much as the change in the “standard deduction” is the elimination of all personal exemptions under the new code.    This has a potential substantial impact on larger, middle class families.    These are worth $4,050 in 2017 per exemption and might offset the doubling of the standard deduction.

The Act also provides a $500 nonrefundable credit for qualifying dependents other than children, and  the dependent care credit, adoption credit and the ability to exclude up to $5,000 of gross income annually for employer-provided dependent care remains on the tax code books for 2018

We move to business matters in our next blog.   We will start with an overview on business tax rates and important changes

No longer deductible unless they are related to a loss in a federally declared disaster area.  (such as major storms such as hurricanes, wildfires and floods)

One of the few items that affects 2017 returns and for 2018 only,  the threshold is reduced to 7.5% of AGI – for taxpayers planning surgery and can bunch these expenses its time to consider this before this reverts to 10% of AGI effective 2019 tax year

These taxes are now capped at $10,000.   Same regardless if you are single or married.  (substantial reduction to many taxpayers)

Employees and business owners heed:   The ability to deduct business meals and entertainment has now been eliminated starting this year as this was previously 50% deductible.

Child Tax Credits/Personal Exemptions will be our next blog topic.

Prior to the new Code,  interest on Home Equity loans of up to $100,000 has been fully deductible.     The new rules have eliminated this deduction on all HELOC loans,  including existing loans already in place.

The impact on home sales is unclear at this point,  we anticipate that the potential decline in pricing in urban areas could be offset by the reduction of sellers who keep their homes to avoid the new rules

The tax free sale of primary homes is a great benefit in the current code, married couples can exclude up to $500,000 ($250,000 single) from their income taxes as long as the home is their residence for at least two of the last five years.    There was much debate about changing this to five of the last eight years but this was not passed.   This benefit remains in place. 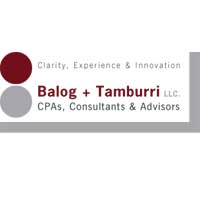 We have been fielding many questions from clients and the community about what we expect under the new Trump Administration.     Although it will be early 2017 before we get any specifics on the future pending legislation, Trump has made various announcements about the scope of his overall tax plan- which will be of similiar magnitude of the Tax Reform Act of 1986.     In the first of a few posts-  child care expenses are of a great concern to many of our clients.  Key highlights include:

These proposals are a major change from the current code which offers a small tax credit of based on spending of up to $3,000 per child, max of $6,000 subject to declining percentages.

On Tuesday November 22,2016 a federal court issued a preliminary injunction to temporarily block the U.S. Department of Labor (DOL) from implementing and enforcing its Final Overtime Rule nationally, pending further review by the court.  What does this mean currently?

You started your business to provide a specific service or make or sell a product. Now you find yourself spending your time managing finances, people and vendors. There is a solution; Balog + Tamburri’s Total Back Office Support Practice. Using our unique ProfitPlus® Framework, we create a Vision-focused business plan that is ensures the achievement of your Mission. Let us be your Back Office, eliminating the cost of employees and the related overhead costs they create.
Let us end the need to purchase administrative and accounting software, and the frustrations of managing people and your I/T environment. Our Total Back Office Support Service is a symphony of highly focused services to provide your company the right level of support essential to ensure your success. We let you work ON the business while we work IN the business. You concentrate on generating revenues; we will take care of the rest.